At the end I thought.. what does a flag do? A flag waves in the air, and so the protagonist must be the move! From here the idea to do my first shot in strobo mode.

The strobo mode is a mode in which the flash shots very rapidly for a certain number of times and allows one to obtain the different istants of the move.

I put my 580EXII on my canon 5dmarkII to do the master with two 430EXII in slave mode, all in strobo mode. With the usual radio triggers this should not have been possible..

The difficulty of strobo mode is to understand to which speed the flashes must run and for how many times.. and then obviously try to do a movement which should be nice to see..

After various tries I concluded that for my photo the best setup was to use the flash with frequency of 12Hz (12 times a second), 1/16 power and an exposure time of 0.8 seconds.

You can see the setup here under.. in my study, two 430 (one left, one right) fire in slave mode and the 580 works as master. In front there is a reflector. 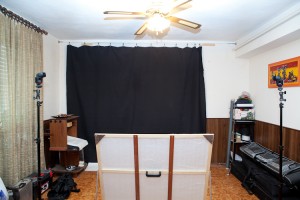 And here you are the last shot 🙂 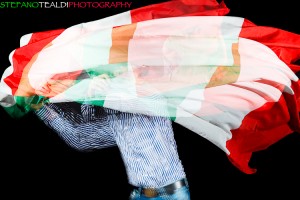 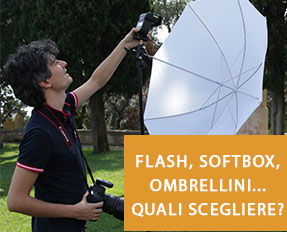